The English Language No Longer Belongs to Britain and America»

Brits and Americans No Longer Own English

The Brexit circus and the unpopularity of President Donald Trump are causing apprehension about the future of the Anglosphere, the cultural, intellectual and political influence of the core English-speaking nations: Britain and the U.S.

As a non-native English speaker who works in the Anglosphere, though, I’m not worried about that; Americans and Brits are merely facing increasing competition from within their accustomed domain rather than from without.

The English language, which has just 379 million native speakers, is spoken at a useful level by some 1.7 billion people, according to the British Council. That has long ensured that U.S. and U.K. voices are heard louder than any others.

There is no indication that the language’s popularity is declining despite the recent damage to the two countries’ soft power. Last year, the British Council forecast that the number of potential learners in Europe will decline by 8.8 percent, or some 15.3 million, between 2015 and 2025. Brexit has nothing to do with this: the expansion of English teaching at schools is expected to cut demand for the organization’s courses. Overall, the market for English in education is predicted to grow by 17 percent a year to reach $22 billion in 2024. That, in large part, is thanks to insatiable demand in Asia.

I learned it in the Soviet Union. I have to admit I did it because of British and U.S. soft power: I wanted to understand rock song lyrics, watch Hollywood movies in the original, and read books that weren’t available in translation. But that wasn’t the reason high-quality instruction was available to me in Moscow in the 1980s: English was the adversary’s mother tongue. Russian President Vladimir Putin is no fan of the U.S. or the U.K., but he has learned their language well enough to speak to other foreign leaders without a translator.

It’s impossible to avoid: 54 percent of all websites are in it. The next most widespread language is Russian, with 6 percent. The most popular translation requests on Google all involve English. The global academic community speaks it, and not just because U.S. and U.K. universities are important: If they all closed tomorrow, scholars would still need a common tongue, and they aren’t going to vote to adopt another one.

Nor will the global political community. The European Union is a case in point: After Brexit, English could lose the status as one of the bloc’s working languages because no remaining members use it officially. Yet the legal departments of all the EU governing bodies have agreed that it can retain its status on the rather thin argument that it’s used in Irish and Maltese law. It’s also the lingua franca for all the Eastern European officials who have never learned French or German. Even after Brexit, it will share with German the status of the most widely spoken language in the EU – that is, as long as one takes into account non-native speakers.

The EU’s post-Brexit experiment will be important for the Anglosphere’s future. A large bureaucracy and an entire political establishment will be setting the agenda in English, but without the participation of native speakers. As Marko Modiano of the University of Gavle in Sweden wrote in a recent paper (in English, of course): “English is presenting itself as a unique bedfellow. When using English, EU citizens will all be on the same footing, that is to say, they will be communicating in a second language, and as such, only a relatively small number of people will have an unfair advantage.”

“Euro English,” with quirks such as the plural “informations,” the overuse of the preposition “of,” or constructs such as “we were five people at the party,” has already been described as a distinct dialect. Left without the supervision of native speakers, it may well develop further down a separate path, just as post-colonial “Englishes” have done in Asia, acquiring more phonetic and lexical peculiarities as well as their own idiomatic wealth.

Brits can call this bad English, but, as a non-native speaker, I won’t. People don’t own the vernacular they learned to speak as toddlers; nor can countries lay any proprietary claim on their official languages. The post-Brexit EU isn’t the only case in point; even if China overtakes the U.S. in artificial intelligence, its computer scientists will still describe their work in a (somewhat peculiar) form of English, as the recent proliferation of academic papers in the field written by Chinese scholars indicates. When the U.S. quit UNESCO, the United Nations’ culture and science organization, earlier this year, English remained the lingua franca of the Paris-based organization that has long sought to push back against its dominance.

The language has broken out of Indian linguist Braj Kachru’s popular “three-circle model,” developed in the 1980s: The Inner Circle of native English-speaking countries, the Outer Circle of former colonies, and the Expanding Circle of all other nations, where it was learned for communication with the first two circles. Now, people learn it to communicate with other non-native speakers as much as to Brits or Americans.

This communication includes stories, ideas and customs that are not well-known in the U.S. and the U.K. and those that are rejected there, including authoritarian concepts, politically incorrect views, and harsh criticism of the Washington-led world order. Not all these conversations are meant for the eyes and ears of Americans and Brits, and not all of them require their input. But they are all taking place in the much-expanded Anglosphere, in which people with a better command of the language don’t necessarily get to moderate the discussion or set its tone.

Native speakers still get something of an unfair advantage when it comes to that, of course. But it is no longer inextricably linked to power, hard or soft. In that respect, English is quite unlike the dollar, as dominant in financial transactions as that language is in the global conversation. We all mint our versions, and they’re all legal tender these days.

This column does not necessarily reflect the opinion of the editorial board or Bloomberg LP and its owners.

To contact the author of this story:
Leonid Bershidsky at lbershidsky@bloomberg.net

To contact the editor responsible for this story:
Edward Evans at eevans3@bloomberg.net 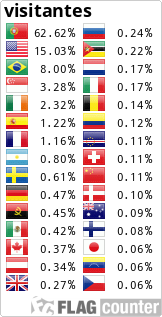